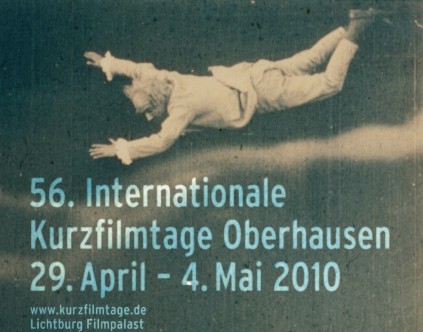 From the Deep: The Great Experiment 1898-1918 is being billed as the biggest ever programme of early films in Germany (i.e. early films overall, not just those made in Germany). It’s been put together by curators Mariann Lewinsky and Eric de Kuyper as part of the 56th International Short Film Festival at Oberhausen, Germany, 29 April-4 May 2010. This is how the festival website describes the theme:

This programme invites audiences to discover and experience early cinema as a forgotten but very topical production and presentation practice and a real alternative to today’s cinema and museum. Out of the depths of the days before 1918, a wild short film continent is pulled up to the surface of the present day. Early cinema developed participatory and hybrid forms of presentation that seem eerily modern. With no access restrictions at all in its first years, cinema up to 1910 was a public space shared by all age groups and classes, and created the first worldwide web: for the first time in history, people in far-flung regions of the world were able to watch identical shows.

The individual programmes illustrate the versatility of these experiments, which run the gamut from applied colour processes that may involve pure experimentation with coloured light or the illuminated fountains at Versailles, to the discovery of the possibilities of space and movement, all the way to the eager dismantling of authority in the countless films featuring rebellious servants or bad girls and boys who go unpunished. Tribute is paid to both the innovation productions by the era’s world-market leader, Pathé-frères, as well as to works by its rivals Gaumont, Lux and Star-Film, or the Italian competition with its comic series like “Cretinetti”.

The festival will bring together more than one hundred films, as well as discussions and other related events. As festival director Lars Henrik Gass puts it:

These are productions from an age when all films were short films, when movie theatres were the first public space shared by all age groups and classes, the first worldwide web in a way: for the first time in history, people in far flung regions of the world were able to watch the same shows. It was an exhibition practice which for us is also a continuation of our research into an imaginary Kinomuseum, where museum is re-invented by cinema.

Accreditation for this particular contribution to the imaginary Kinomuseum is open until April 6th, and further details (though no list of films as yet) can be found on the festival website (in English and German).

All of which leaves us with one small question. If all of the films of this period were short, were they really short at all?