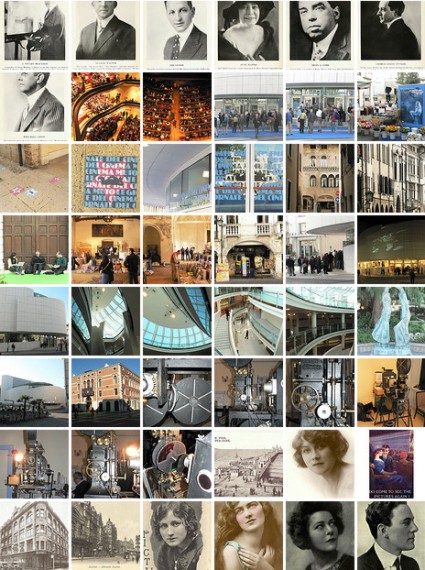 For some while now I’ve thought that it would be a good idea to have some sort of image gallery to go alongside the Bioscope. It wouldn’t really work as part of the blog itself, so instead I have established a set of images as part of my Flickr account and called it The Bioscope, surprise surprise.

It’s got 445 images there so far. Most of them come from two sources. One are illustrations taken from David S. Hulfish, Cyclopedia of Motion-Picture Work (1914), which is freely available in PDF form on the Internet Archive; the other is Charles Donald Fox and Milton Silver (eds.), Who’s Who on the Screen (1920), again available from the Internet Archive (and included in the Bioscope Library). In both cases I have copied and pasted images (for the later book with their descriptions as well), so the image quality isn’t high but I hope in this form they will serve as a handy reference source. Some may remember that the Who’s Who on the Screen images were originally made available on the Screen Research site that I launched a year or so ago and which I unceremoniously dumped last month. They have all been moved to the Flickr set. 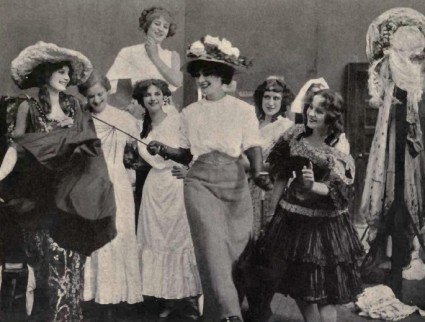 The Niece and the Chorus Lady (Edison 1911), from David S. Hulfish, Cyclopedia of Motion-Picture Work (1914)

Additionally, I have added some photographs taken by myself, relating to the Pordenone silent film festival and Kinemacolor, some images from a silent era directory whose title I have mislaid (for the time being), and a few oddments like cinema postcards. I am no collector, and there are others who have made far more interesting silent film images available on Flickr (memo to self: must write post on these soon). But what I will do from now on is add images in full size from Bioscope posts where I have had to reduce them to fit the blog, where it is legitimate to do so.

There is now a link for the Bioscope Flickr set on the right-hand side under ‘Other Bioscope Sites’. The other Bioscope associate sites are the Bioscope Bibliography of Silent Cinema (records extracted from the British Library catalogue), the Bioscope on Twitter (a feed from the blog – I don’t add any additional material as tweets, at present) and Urbanora’s Modern Silents, a collection of modern silent videos on my YouTube site. So the Bioscope grows and grows.