Number two in our occasional series of heartening tales about early film collections that have been found against the odds. Lost films have been uncovered in many peculiar places, but none so odd as in a Canadian swimming pool, close to the Arctic Circle.

The now famous Dawson City collection was uncovered in 1978 when a new recreation centre was being built. A bulldozer was working its way through a parking lot when a horde of film cans was dug up. The films had been stored in a disused swimming pool, which had been paved over. The films dated largely from before the First World War, when Dawson City was still a gold rush town, and the final distribution centre for films sent out to the cinemas attended by the ten of thousands of prospectors in the area. Film historian Sam Kula tells us that touring showmen first brought film to Dawson in 1898, while the former Orpheum Theatre re-opeened as the town’s first cinema in 1910, while films could also be seen at the Arctic Brotherhood Hall. Films took a long time to get to Dawson (the newsreels were always hopelessly out of date), but got there they did – but, it seems, they tended not to make the journey back.

Films therefore built up in Dawson, and were eventually stored in the basement of the local library. In 1929, the decision was made dispose of the inflammable nitrate films, which no one wanted to see any longer. It is easier said than done to get rid of nitrate film, and eventually it was decided to place them safely underground. Hence the burial in the swimming pool, where the permafrost ensured their survival in what were, in principal, ideal archival conditions (basically the thing to do with nitrate films is to keep them very cold) until their rediscovery fifty years later.

There were over 500 films in the collection. While none was a most masterpiece as such, they formed a marvellous selection of common cinema fare of the period – titles from studios such as Essanay, Rex, Thanhouser and Selig; obscure titles starring Harold Lloyd, Douglas Fairbanks and Lon Chaney; and many newsreels (including rare Canadian examples). The collection is particularly storng on serials with women heroines: Pearl White in Pearl of the Army (1916-17), Helen Holmes in Hazards of Helen (1915), Marie Walcamp in The Red Ace (1917-18), and Grace Cunard in Lucille Love (1914), The Girl of Mystery (1914) and The Purple Mask (1917), which she also directed.

The Dawson City films have been preserved by Library and Archives Canada and the Library of Congress.

There’s an entertaining essay on their discovery and preservation by Sam Kula, ‘Up from the Permafrost: The Dawson City Collection’, in the excellent book This Film is Dangerous: A Celebration of Nitrate Film (2002), edited by Roger Smither. 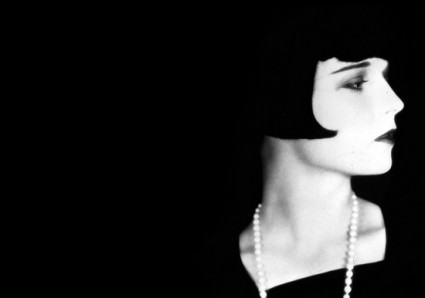 That excellent venue the Watershed in Bristol is marking its twenty-fifth anniversary with a screening of G.W. Pabst’s quintessential silent Pandora’s Box (Die Büchse der Pandora), starring Louise Brooks. The screening sees the premiere of a new orchestral score by Paul Lewis, and will be held at Colston Hall, and hosted by actor Paul McGann. The score will performed by twenty-five members of the Royal Ballet Sinfonia, and conducted by Lewis himself. The show takes place on 25 September, and is a joint collaboration between the Watershed, Bristol Silents and the Pordenone Silent Film Festival. Further details are available from the Watershed site. Print and score will then feature the following month at Pordenone.