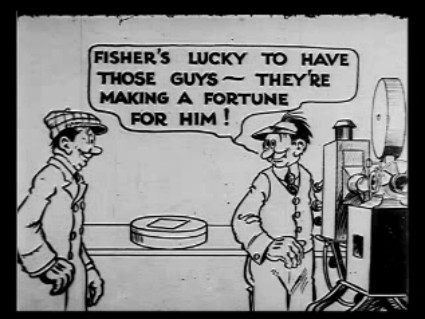 Mutt and Jeff: On Strike (1920), from The Film Connection

News of the successful outcome of an archival repatriation project. The Film Connection is a joint project between the National Film Preservation Foundation in America and the National Film and Sound Archive of Australia to bring American films no longer held in America back to American audiences. Through this collaboration, a number of short American silents that survive only in Australia have been preserved, digitised, and six of them made available online. The six are:

The six films can be viewed and downloaded from the National Film Preservation Foundation site here, together with useful background information on each title, and you can read all about the project here. One of the films, the Mutt and Jeff cartoon On Strike, will feature at this year’s Pordenone silent film festival.