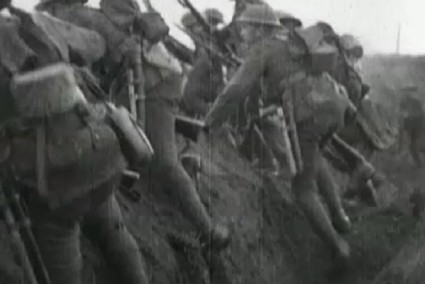 The over-the-top sequence from A Scrap of Paper, from http://www.yfaonline.com

If most people think of film archives, then they think of the national collections such as the BFI National Archive, Cinémathèque Française, Library of Congress etc, or else broadcasters such as the BBC. What few consider, even within the film business, is the next tier down of collection, the regional film archives which represent a particular and special part of a country’s moving image heritage. In the UK we are fortunate in having a vibrant regional film archive network, operating (with measly funding) within the public sector, each representing one or other of the English political regions. So there is the East Anglian Film Archive, the Northern Region Film and Television Archive, the South West Film and Television Archive, the North West Film Archive, and so on. What is also seldom appreciated is that these archives generally have unique silent film holdings.

One of these archives, the Yorkshire Film Archive, is the immediate reason for this post, because it has just launched Yorkshire Film Archive Online, a really first-rate showcase of regional film. There are documentaries, amateur films, industrials, newsreels, advertising films, educational films, and dramas, all devoted to the Yorkshire region, all freely available and contained within an expertly designed site brim for of background information, all the search options you could wish for, options to add comments, and a really fine selection of films. This includes a number of silents (aside from those amateur films of later decades which were shot silent). The earliest shows Queen Victoria visiting Sheffield in 1897, the truly heroic Egg Harvest – Cliff Climbing at Flamborough (1908), the joyous local celebration that is Easter at Shipley Glen (1912) and a touching and surprisingly downbeat A Scrap of Paper, made in Hull to support those who had lost loved ones during the War,or who had been disabled. The film shows a father writing his last letter home, before he goes over the top and is seen lying dead in no-man’s land in the film’s final shot. (The site dates the film as 1914-18 but the tone of the titles suggest it was made just after the war).

Yorkshire Film Archive Online demonstrates what a dynamic film culture existed from the earliest years outside London. It is a model resource, but the YFA is not the only English regional archive with silent film on show. The Media Archive for Central England, based in Leicester, lists sixty-three titles between 1899 and 1930 in its catalogue, starting with an Anglo-Boer War recreation, and continuing with a rich variety of mostly local newsreels, some with online clips, such as The Meet of the Quorn Hounds, at Kirby Gate (1912) and Leicester Poor Boys’ and Girls’ Summer Camp at Mablethorpe (c.1920). 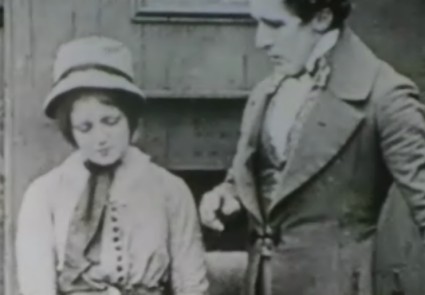 Joan Morgan and Langhorn Burton in Little Dorrit (1920), from http://sasesearch.brighton.ac.uk

Screen Archive South East, based in Brighton, is strongly aware of the part its region played in the early years of filmmaking in Britain. Its Screen Search catalogue describes over 900 films, many of them viewable online, and several from the silent era. under the theme ‘Early film in the South East‘ you can find Speer Films’ dynamic bank robbery thriller, The Motor Bandits (1912), a clip from the twenty minutes that survive of the Progress Film Company of Shoreham’s Little Dorrit (1920), starring the late Joan Morgan, and the illustrator and occasional filmmaker Harry Furniss in Winchelsea and its Surroundings. A Day with Harry Furniss and his Sketchbook (c.1920).

Screen Search also has travel films, home movies, documentaries, newsreels and productions by local cine-clubs. Look out too for films made in the 1930s by the twins John and William Barnes, the former of whom went on to become the author of the five-volume The Beginnings of the Cinema in England series of film histories.

The Wessex Film and Sound Archive, a partner archive to Screen Archive South East, cover the middle southern region of England. It has an online catalogue and a few sample clips, notably a 1905 example from Portsmouth filmmaker Alfred West‘s famous patriotic programme, Our Navy. 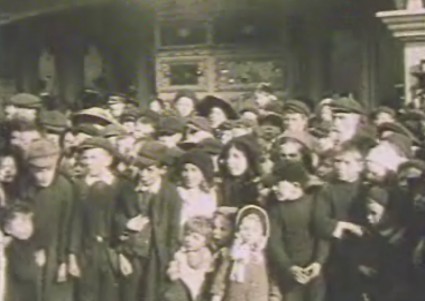 There is more to be seen and learned about the regional archives on the Moving History site, which is a guide to the national and regional public sector film archives of the UK, and has a wide selection of sample clips, arranged by theme and by archive. Films from the English regional archives can also be found as part of the BBC’s Nation on Film website. There is a lot more to these archives than silents, of course, and the majority of clips to be found on their sites will be of later periods, particularly from when the home movie boom took off in the 1930s.

Finally, if you want to learn more about the operations and ethos of the RFAs, visit the Film Archive Forum site, the body that represents the interests of the UK’s public sector moving image archives (see its map of the UK’s archives here). Film is so much more than many think it is – beyond the entertainment cinema there is a whole culture of films made locally, for reasons both personal and professional, which document twentieth century lives in uniquely resonant form. What the films sometimes lack in polish they gain in their powerful connection to the people, for in seeing them we see ourselves. Do explore.