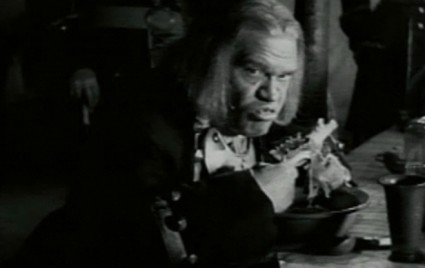 I learned of this intriguing project courtesy of a recent post by David Bordwell. The Factory of Gestures is an audio-visual research project, led by Oksana Bulgakowa, investigating body language in film – particularly as evidenced in silent Russian and Soviet fiction film. The DVD that has come out of the project describes it thus:

The Factory of Gestures investigates the metamorphoses of the body language in Russian and Soviet society through the 20th century as evidenced by documentary and fiction films, private and professional photography, visual arts and theatre.

The thesis is that the disruption of social and cultural practices caused by advent of the new technologies of photography, film and the mass distribution of images was particularly acute in Russia. Those media now provide striking evidence of a ‘radical change in the gestural code’ in the transference to Soviet society. Bulgakowa argues:

The abolition of gestural restraints was interpreted as the liberation of natural man: bad manners were re-evaluated as socially acceptable behavior, some body techniques that had been contained within the private space – like washing or calisthenics – were now accepted in the public sphere, and some gestures from the public sphere were transplanted to very private settings.

That sounds like an intriguing reversal of the ‘civilizing process’ famously identified by sociologist Norbert Elias. One will need to see the DVD in full to understand the argument, but there are two engrossing extracts provided on the project website, one on eating, the other on walking. Whatever the thesis, this sort of lateral approach to film, looking at the evidence it can provide of social forms beyond the original intentions of the filmmakers, is always welcome. As films age and their stories retreat in the ways they may entertain or convince, so the historians take over and such works are seen either for their position in the story of the medium or as providing unwitting evidence of the practices of the past.

Film proposed utopian, sometimes contradictory models of the new body behavior that should be imitated in reality. A new society striving to free itself from old rituals was developing a new design of clothing and living spaces, new standards of perception, and a new body language for a new anthropological type: homo soveticus, a specific version of a man of modernity.

A new anthropological type? Can film reveal so much? Such claims may beg as many questions as they hope to answer, but it is good that someone is looking, challenging the medium all the time to reveal more.