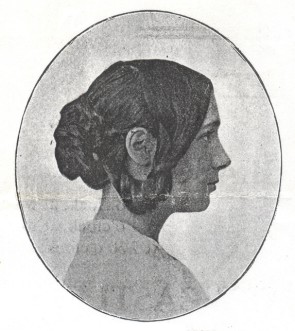 Continuing with the subject of British women filmmakers of the silent era, one remarkable name – literally – is Jackeydawra Melford. She was almost but not quite the first first women to direct a fiction film in Britain (that honour usually goes to Ethyle Batley). She produced and performed in The Herncrake Witch (1912), The Land of Nursery Rhymes (1912) and The Inn on the Heath (1914), the latter of which she also scripted and directed. None is known to survive. [Update (December 2011): a copy of at least part of The Herncrake Witch exists – see comments]

She was the daughter of actor and author Mark Melford (c.1851-1914), who towards the end of his stage career turned to film production. His daughter Jackeydawra was born around 1890 (I haven’t been able to find a birth record), possibly getting her extraordinary name from a comedy opera Jackeydora, or The Last Witch, which toured Britain in 1890. Her name seems to be written differently in every source: Jakidawdra, Jackeydawra, Jackeydora, Jackiedora. She acted in her father’s stage productions from a young age, sometimes billed just under first name. She married Wallace Colegate in London in 1915, and then slips out of history. But we have the above picture of her which accompanied this short profile from The Cinema, 19 March 1913, p. 37:

This young lady, but just out of her teens, is the only daughter of Mark Melford, and, developing an ambition to master the mysteries of the camera, she has acquired that technical knowledge of the art of film-making that, coupled with her artistic gifts in dress, colour, light, &c., has rendered her an invaluable assistant to her able chief. Her clear-cut features and pathetic face are indispensable to the pictures, and her experience of acting from an early age has given her that ease, repose, grace, and power of expression so necessary to ensure good results in this department of her profession.

Miss Jackeydawra Melford has played all the principal parts in her father’s plays and sketches throughout the United Kingdom, and will prove an invaluable addition to the acting staff of this enterprising firm – nay, more, Miss Melford is so admirably adapted to picture work that she will, we think, make a name in the cinema world as she has upon the stage, and Jackeydawra will become a household word.

How much might we want to pursue someone none of whose films are known to survive? Or is the story of lost films and those who made them a special kind of history? Who needs films to write film history anyway?