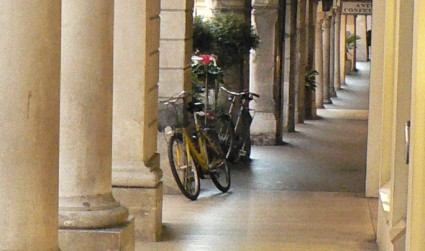 And so we come to day eight and the final day of the Pordenone Silent Film Festival, Saturday 10 October. As before, the report comes from our anonymous correspondent, who was loyally on call for the entire festival. Here’s how things came to a close …

It’s the final day already … how did that happen? The mixed feelings are intensified, the dread of going back to reality, and more of those goodbyes to the dispersing clan, against a sense of relief that there isn’t a Day 9, and we can catch up on much-needed sleep. It’s the end of a holiday, with all that entails.

The films. First up is a programme of early cinema, starting with 15 minutes of short films and fragments from Italy’s pioneer Italo Pacchioni, a good mix of actualities and home-produced comedies, the highlight being the funeral procession of Giuseppe Verdi, in 1901. Then some classics from the US; The Dream of a Rarebit Fiend (USA 1906), a truncated The “Teddy” Bears (USA 1907), lacking the violent ending, both by Edwin S. Porter for Edison; Bronco Billy’s Christmas Dinner (USA 1911), a brief tale of Yuletide redemption, featuring an exceptional sequence of an out-of-control stagecoach tearing down a dusty track, partly from the POV of the roof luggage. After this came The Aerial Wire (USA 1914), an episode from The Perils of Pauline, which fulfilled its brief as a serial episode, full of action and not giving the audience enough time to analyse the unlikeliness of the plot; and a decided change of pace, Winsor McCay’s The Sinking of The Lusitania (USA 1918), the first time I had seen this masterpiece in its entirety. Naturally the film is propagandist, but it still retains the power to affect … and the animation is astonishing. 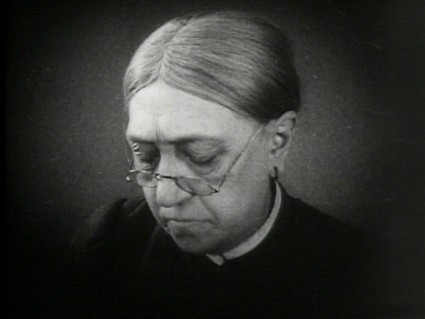 Mathilde Nielsen in The Master of the House, from http://www.dvdbeaver.com

Ignorance display time; the next film up is Dreyer’s The Master of the House / Du Skal Aere Din Hustru (Denmark 1925) which, not having seen or having read about I had ignored as a potential DVD buy, as some Dreyer had left me cold on the small screen. Despite the Ibsenish title (and the catalogue notes that gave no clues as to what to expect) it’s a marital comedy, albeit with a fairly relentlessly miserable first reel, establishing the main character as being an appallingly selfish husband and father, before he is brought to realisation and redemption by the combined might of his mother-in-law and in particular his elderly family nurse. In the latter role, Mathilde Nielsen gives the most stunning, pitch-perfect performance as the iron-willed but wise retainer who teaches her now-middle-aged former charge one last life lesson. Utterly believable, highly affecting, and drily amusing. For me one of the highlights of the week … the Dreyer comedy, alongside the Soviet comedy. And that’s why we come, we learn so much; mainly about the dangers of preconceptions and received wisdoms.

And so to the last batch of Sherlockiana; starting with Unos Banke E Fuxe (Czechoslovakia 1923), intended I think as a sort of farce/spoof featuring an utterly ineffectual detective named Sherlock Holmes II; the film is stolen by the future Anny Ondra; she is the object of an elopement-gone-wrong which mutates into the kidnapping of her banker father. Someone I know uses the phrase ‘historically interesting’ as a euphemism in cases like these; films that you should see, but don’t actually work as films … it was photographed well enough; the camerawork was by a young Otto Heller, the DP on Michael Powell’s Peeping Tom nearly forty years later … perhaps the Czech sense of humour doesn’t travel. So ‘historically interesting’ it is.

There followed two newsreel items, of Arthur Conan Doyle in person; en famille in 1922, and solo, and with sound, from 1928 but released later. Whatever you feel about his obsession with spiritualism, the main subject of the interview, he comes across as a really warm, avuncular human being.

And suitably, to round off this excellent thread, The Final Problem from The Last Adventures of Sherlock Holmes (GB 1923) – the Reichenbach Falls story, here relocated to Cheddar Gorge, scenically and dramatically filmed; suitably, Guenther Buchwald and Donald Sosin used the theme music from the Jeremy Brett-starring ’85 TV version as their starting point – this story would not be filmed again in the decades between Eille Norwood and Jeremy Brett. A fitting climax; this is a worried Holmes, feeling Moriarty’s presence everywhere and with a pervading sense of doom. It does also demonstrate Norwood’s not-always-explored acting range … he’s an underrated actor, more than just a personification of Paget’s illustrations.

Die Gezeichneten (Denmark 1922) is another Dreyer-directed film, but very different to this morning’s fun; this is a tale of anti-semitism and the political background to early 20thC pogroms in Russia; even now this film has the power to shock; still violent, still powerful, and bravura filmmaking.

And so to the final gala, with newly-abbreviated formalities, prizes having been awarded at an earlier separate ceremony – the Prix Jean Mitry shared between Mlles Méliès and Linder, for their continuing work in keeping their family heritages alive for all of us. So, we thanked again the sponsors, the city of Pordenone and the region, all of whom support and subsidise our continuing obsession, and those that make the whole festival work, the support staff behind the scenes that we rarely even see, let alone get to know. And onwards; Alice’s Wild West Show (USA 1924) one of Disney’s series combining fantasy animation with Our Gang-style live action antics … good fun, 85 years on, and shown to commemorate the passing of its star, Virginia Davis, this year.

Fun being the operative word with the main course, the Ukelele Orchestra of Great Britain’s silent film show Ukelescope, not a show designed to be taken too seriously, but as an entertainment; a mixture of songs, tunes, and spoken word illustrating films not otherwise seen by the general public now; advertisements, scientific films, instructional films, cinemagazine articles and assorted shorts. Unchanged since I saw it in the UK, I think the show would have benefitted from both an Italian translator, and a louder vocal mix; so much is verbal, so much was lost to many. However, the audience responded well to both the musicianship and the films; a huge ovation at the end. Highlight possibly the marriage between Old London Street Scenes (GB 1903) with the music hall song ‘In the Old Town Tonight’, terrific footage with a moving song. That and Will Evans The Musical Eccentric (GB 1899) performing to GrandMaster Flash & Melle Mel’s classic White Lines (as performed on ukeleles, naturally).

And so there we were, at 10.45pm in the cool Italian night air, ignoring the scrum for free local wines in the theatre mezzanine (and one last programme of early short films that looked familiar on paper) so we retreated to the bar for the post-mortem, the catching ups, the leavetakings, the expression of personal thanks to the staff we do know for all their efforts. I can’t work out quite how that took 6½ hours, but I ended up reaching my bed precisely 2 hours before my alarm call. Pordenone, motto ‘Sleep Is For Wimps’. See you all next year if we’re spared. 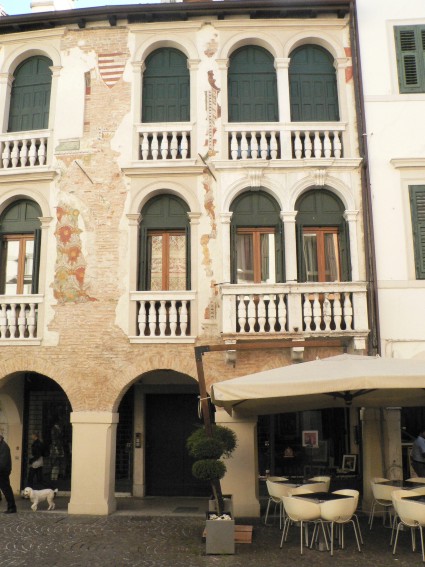 Post- festival reflections; apart from ‘I’m getting too old for this’ that is? It was, as it always seems to be, a superbly run and well curated festival, if perhaps not a classic year; there was a feeling abroad early on that some of the films, particularly from the Albatros thread, were overlong and underwhelming, but I think things definitely improved in the second half of the week; that the Canon Revisited thread had definitely been a success, and particularly welcomed by the large numbers of younger silent film enthusiasts, who had not had the chance to see them on the big screen, if at all; that the Sherlock Holmes and others thread had been very good indeed, and that the occasionally-maligned Stoll productions had stood up very well indeed; that the musicians had played out of their skins all week; that the recognition of the work being done by and for the British Silent Film Festival was overdue – but very welcome. And finally, although it is a very large festival by silent festival standards, it is also one of the friendliest; old hands do go out of their way to accommodate and welcome the new hands into what may seem to be a clique; the staff at the Festival and all the local bars and restaurants do their utmost to break down language and comprehension barriers, and go out of their way to be helpful. I cannot recommend it more highly.

Well said, and thank you Mysterious X for such a sterling effort. Those of us who should have been there now feel as though we had. See you there in reality next year.