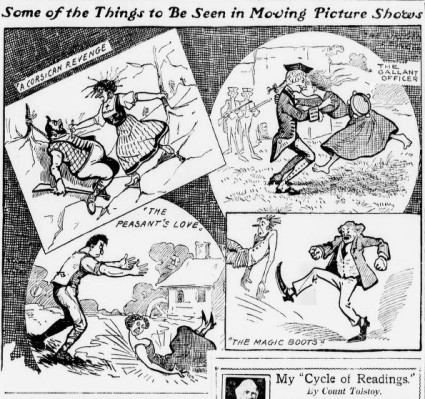 Cartoon from The Evening World Daily Magazine, 16 January 1909, from http://chroniclingamerica.loc.gov

My thanks to regular Bioscopist David Pierce for bringing this to my attention. An updated survey of digitised newspaper resources handy for the study of early film is long overdue. I’ll set to work on it.