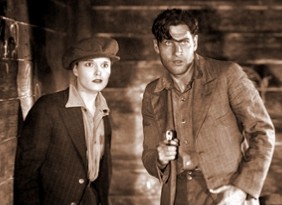 Advance notice has been published of some of the key films to be shown at the San Francisco Silent Film Festival. Here’s the press release:

SAN FRANCISCO, April 9 /PRNewswire/ — The art of silent film will be restored to its original brilliance when The 12th Annual San Francisco Silent Film Festival brings a classic love story, a dramatic portrayal of hobo life, a British suspense-thriller and other great silent films back to the big screen, all with live musical accompaniment, on July 13-15.

The majestic Castro Theatre in San Francisco will once again be the site for a weekend-long celebration of silent film, so we can continue to raise awareness of the need to protect, preserve and restore these movies,” said Artistic Director Stephen Salmons.

“The movies that Hollywood produces today owe their inspiration and their soul to the pioneering geniuses of the silent era, many of whom we will salute at this year’s festival,” Salmons said.

Among the special programs that will highlight the 2007 festival is an Opening Night Presentation of Ernst Lubitsch’s THE STUDENT PRINCE IN OLD HEIDELBERG (1927), starring Norma Shearer and Ramon Novarro. “This is one of the all-time great love stories, full of wit, zest and heart,” Salmons said. The festival also will screen William A. Wellman’s BEGGARS OF LIFE (1928), a gritty, unsentimental portrait of hobo life starring Richard Arlen, Louise Brooks and Wallace Beery.

“BEGGARS OF LIFE is a film we have hoped to show for years,” Salmons said. “It depicts homelessness in the pre-crash 1920s – something rarely seen in mainstream cinema. Thanks to George Eastman House, the sole surviving 16mm print has now been returned to 35mm, so we can finally show the film again in its original format.” Live musical accompaniment will be provided by The Mont Alto Motion Picture Orchestra, a chamber ensemble that performs period- authentic photoplay music.

The festival will highlight the work of an early master of British cinema “- and no, it isn’t Alfred Hitchcock,” Salmons said, “even though the film we are showing is a real nail-biter, every bit as suspenseful and surprising as anything Hitchcock dreamt up.” A COTTAGE ON DARTMOOR (1929), directed by Anthony Asquith, is a psychological thriller which relates the story of a love triangle between a barber’s assistant, a manicurist, and one of their clients. The musical accompaniment also will be “the work of a British master,” Salmons noted. “We are importing pianist Stephen Horne from London to perform his acclaimed solo score for this film.”

The festival’s tribute to Turner Classic Movies will feature a rare screening of the infamous 1921 version of CAMILLE, starring Rudolph Valentino and Alla Nazimova.

“It holds a unique position in film history as one of the most flamboyant art films ever to come out of a Hollywood studio”, Salmons said. “The costumes, the sets, and above all the extraordinary stylized acting of Nazimova, a notorious figure of the silent era, make it a once-in-a-lifetime experience. It will absolutely light up the big screen.”