Last week saw the For the Love of Film: The Film Preservation Blogathon, in which bloggers around the world took on the themes of Hitchcock or silent film or film preservation, or combinations thereof. Organised by organisers the blogs Self-Styled Siren, Ferdy on Films and This Island Rod, the inspiration was the recent discovery of part of The White Shadow (1923), the film on which Hitchcock served as art director and assistant director (the director was Graham Cutts), the goal being to raise funds through donations to enable the National Film Preservation Fund to put the film online with music score, for us all to enjoy.

The sum required is $15,000, and sadly as of today the campaign has raised $2,140 [Update: as of 21 May it is $6,490]. This is disappointing, especially as previous such preservation blogathons have achieved their targets. Maybe it’s the global economy; maybe people out there like reading about Hitch but don’t feel too passionately about watching Cutts; or maybe there’s simply been so much to read that they haven’t had time to donate as yet. 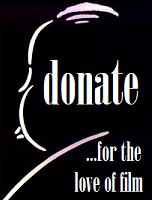 Well, there is still time, and with a 100 or so bloggers who signed up to the blogathon, each of which should easily be getting 150 viewers per post (and in some cases a great deal more), it only requires each reader to donate one dollar to hit the target. Do the math, then hit the Hitch to your left.

As encouragement, here’s a listing of the For the Love of Film posts which have related to silent Hitchcock or silent films in general. If I’ve missed out any relating to silent films, do let me know, and I’ll add them to the list.

So no one took up the challenge of Downhill or even Always Tell Your Wife, eh? Nor the silent Blackmail, which is the greater surprise.

You can find all of these posts listed and illustrated on The Bioscope’s sister news site courtesy of Scoop It.

Update: Here are other silent-related posts from the bloagthon that I missed: