Your scribe journeyed last night to the vasty cavern that is London’s Barbican Hall to witness something of a landmark event – the first British silent drama to be newly scored for full orchestra since the advent of the sound film. The film was Alfred Hitchcock’s Blackmail (1929), the score was by Neil Brand, the orchestrator and conductor was Timothy Brock, and the music was played by the BBC Symphony Orchestra. (The qualification of ‘silent drama’ needs to be added, because the documentary The Battle of the Somme (1916) was given the full orchestral treatment back in 2006, with score by Laura Rossi, played by the Philharmonia Orchestra at the Queen Elizabeth Hall in London.)

Blackmail has a place in every film history book as the ‘first’ British sound film (it all depends on how you define things as to whether you agree with that or not), but a silent film version was made virtually the same time and with almost the same cast, for all those cinemas that had yet to convert to sound. For many years the silent version was forgotten about, but screenings in recent years have brought it increasing recognition, to the point where we are ready to agree with Hitchcock himself that the film is superior to the sound version. Whether it is Hitchcock’s best silent film is a matter for debate, but it certainly shows his mastery of the silent film form. It flows along with an easy, artful flow; it is choc-a-bloc full of memorable pictorial compositions; and it sets up complexities of relationships and moral dilemmas that make one disappointed when the film ends relatively tamely, albeit with hero and heroine nurturing their guilty secret that is left strikingly unresolved.

Anyway, back to the show, which was pretty much a triumph. Neil Brand’s score is lush and loud, filled with a tense energy and engrossing musical ideas. It was not an obviously ‘silent era’ score but instead consciously echoed the Hitchcock scores of later years from Bernard Hermann and Miklós Rózsa. It was knowing in other respects, with some great musical jokes such as the Alfred Hitchcock Presents theme when Hitch makes his customary cameo, as a passenger on an Underground train, or the introduction of the Dixon of Dock Green theme tune (for our younger and non-British readers, this was a British TV series of yesteryear with a rather cosy view of policing). The orchestra was on fine form, indeed enjoying itself, while conductor Brock had to demonstrate pin-point precision to make sure the orchestra hit its cues for such key points as door bells ringing, or laughter-like sounds when the creepy painting of the jester is shown. 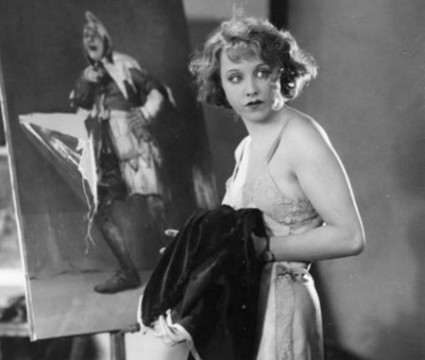 The score for Blackmail was commissioned and premiered at Il Cinema Ritrovato in Bologna in 2008 and it has taken two years of pleading and negotiating to get it shown in London, for which Neil deserves quite as much praise as he does for having written the score in the first place. A debate which took place after the screening, with Neil, Timothy Brock, the BFI’s silent film curator Bryony Dixon, and omnipresent film guru Ian Christie, raised some interesting issues but didn’t quite address the matter of whether this would be both the first and the last British silent drama with full orchestra score to be shown since the silent era. Will other films follow?

The screening had been enthusiastically introduced by film critic (and occasional silent film accompanist) Mark Kermode, who called for more British silent films to be seen, pointing out the great work that the BFI has done in championing this largely forgotten corner of film history. The idea of a full orchestral score for any British silent would have seemed ridiculous only a few years ago. Now a growing wave of critical interest has provided us with a number of strong candidates: Shooting Stars, Underground, Piccadilly, Moulin Rouge, Hindle Wakes, The First Born, A Cottage on Dartmoor, The Lodger, The Ring and several more.

I’m not particularly a fan of orchestral scores for silent film myself. I prefer the improvising pianist or the small ensemble. But the big gesture brings in the big audiences. Although the Barbican Hall wasn’t completely full last night, it was fairly full, and there were several hundred people there who would never have seen a silent film with live orchestra before – or indeed with any form of music – and a good many of them had been made enthusiastic converts to the cause, to judge from the applause and the conversations I overheard afterwards.

The Carl Davis scores to Photoplay prints of the 1980s were media events. They generated popular interest and a general understanding of what silent films could be. They created a momentum which drove support for silent films, though that momentum has died down in recent years. Unfortunately orchestral presentations do not come cheap, and silent film screenings are viewed as a risk by programmers outside of specialist cinematheques. But it only takes one or two successful events to build up audience understanding and a thirst for more. The idea of rediscovering unknown British silents films, of reclaiming a neglected history, has strong appeal. Blackmail could point the way forward – because the audience is there.

The silent Blackmail is available on DVD from Arthaus in Germany. (Not with the Neil Brand score, fairly obviously)