The restored, now almost full-length Metropolis – with a long-lost missing half-hour added thanks to a 16mm copy discovered in Argentina in 2008 – is to be premiered at the 60th Berlin International Film Festival on 12 February 2010.

As was reported here at the time, after the film’s disappointing reception following its premiere in January 1927, it was cut by producers Ufa. Some 950 metres were removed; almost a quarter of its original length. The film at its original length of 4189 metres was only seen for a short while (until May 1927 in Berlin); thereafter a cut version of around 113 mins was all that could be seen.

Following a convoluted history, a 16mm print of the uncut film (the original 35mm is lost) found its way into the vaults of the Museo del Cine, Buenos Aires, in 1992, where it lay unconsidered until film archivist Paula Félix-Didier found it. She alerted the Friedrich-Wilhelm-Murnau-Stiftung in Germany, which has produced the most recent restoration of the film (in 2001). At which point the sensational discovery was announced to the world. 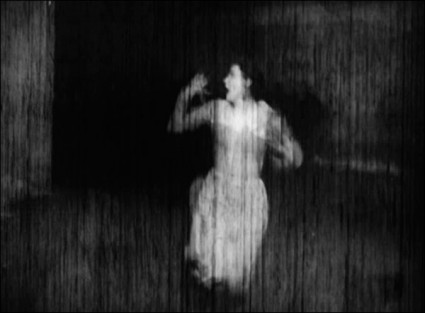 The restoration and reconstruction have been handled by the Friedrich-Wilhelm-Murnau Foundation, and after the festival screenings demand will be loud to have the film shown worldwide. As the Berlinale press release reports:

Restoration and re-screening are being funded by the Federal Commissioner for Culture and the Media, the Gemeinnützige Kulturfonds Frankfurt Rhine-Main, by the Verwertungsgesellschaft für Nutzungsrechte an Filmwerken mbH, as well as the DEFA Foundation. Transit Film GmbH (Munich) will be in charge of internationally distributing this most recent reconstructed version of Metropolis.

The film is to receive a dual premiere. There will be a gala presentation in the Friedrichstadtpalast with a re-editing of the original score by Gottfried Huppertz played by the Rundfunk-Sinfonieorchester Berlin under the direction of conductor Frank Strobel. Parallel to this, the film be premiered on the same day in the Alte Oper in Frankfurt am Mai, when the music will be performed by the Staatsorchester Braunschweig under the direction of Helmut Imig.

Want to read more? Here are some handy links: