March 4, 2007 By urbanora in Filmmakers, Performers, Television and radio 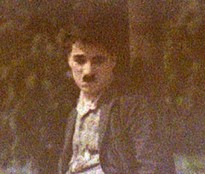 The Mark Kermode Radio 3 programme Chaplin, Celebrity and Modernism was excellent. It pursued the thesis of Chaplin as subversive everyman, beloved by not just by cinema audiences, but by modernists, Dadaists, surrealists, politicians, writers and fellow filmmakers. Kermode admitted that, in common with many modern critics, he had dismissed Chaplin as a sentimentalist, inferior as a film artist to Buster Keaton. Instead, he discovered Chaplin’s essential role as a figure (there was much emphasis on his body) of modernism. You got a real sense of a need to rediscover Chaplin as one of the key figures of the twentieth-century, given all that he meant to society and the worldwide broadcasting of images and ideas. That said, Chaplin is an everyman figure no more, despite his image being used in advertising around the world. So our everymen change, and that is part of his significance too.

March 4, 2007 By urbanora in Archives and museums, Preservation

The History of Film Archives is as interesting as the contents of each individual repository. The Library of Congress Motion Picture Division was driven by a fortuitous series of events which led to its development. By locating material originally meant to be copyright deposit records, the Library found itself in the possession of a good segment of film history from 1894-1912. Copyright clerk Howard Walls who is credited with this discovery of what has become known at the Library’s “Paper Print Collection” was put in touch with pioneering cinematographer Carl Louis Gregory (illustrated) in 1943, who had actually produced some of the paper prints he was asked to copy back to celluloid. At the time Gregory was motion picture engineer for the U.S. National Archives. Gregory had developed an optical printer for shrunken and damaged and he modified it in order to reprint this delicate material.

It helps remind us that many events have conspired for and against preservation of these historic images. The foresight of many pioneers have allowed us the opportunity to revisit our film heritage.

What silent film blogs are there out there? I’ve not been able to find many specifically devoted to the subject. Here they are:

Louise Brooks (http://louisebrooks.livejournal.com) (anything and everything on the 1920s screen icon)

And one for screen entertainments of an earlier age:

Surely there must be more. Any suggestions?

The Bioscope is one month old today, and I have now added a new section, Lists. This will contain filmographies and similar listings on early and silent cinema subjects. The first filmography put up is on the silent films of Alfred Hitchcock. Any ideas or contributions for this section will be very welcome.

March 4, 2007 By urbanora in Filmmakers, Performers, Television and radio

There a programme in the Sunday Feature slot on BBC Radio 3 tonight (21.30 GMT), called Chaplin, Celebrity and Modernism. Thirty years after Chaplin’s death, Mark Kermode investigates the great comedian’s celebrity role and influence on world culture from the modernists and Dadaists to the Russian avant-garde and imitators in Bombay. The 45-minute programme makes use of privileged access to Chaplin’s private archive to reveal remarkable letters from Truman Capote, Winston Churchill and James Agee. As usual with BBC radio programmes, it can be listened to worldwide online, and will remain available for a week thereafter through the Listen Again service.