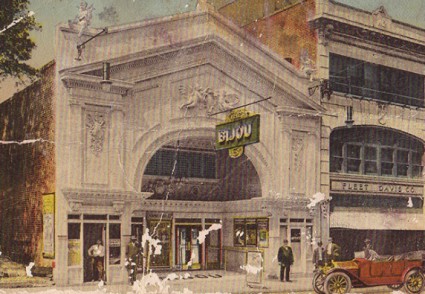 Though there are some who would deny it, cinema history involves the history of cinemas. The study of a medium that ignores the social form in which it has been consumed is a blinkered one, yet sadly so much of film studies exists in just such state of denial. Happily there has been a concerted effort by a dedicated band of academics in recent years to investigate cinema-going as an integral part of cinema history. Inspired in the first place by Douglas Gomery’s Shared Pleasures: A History of Movie in the United States (1992), the school uses socio-historial tools to analyse the experience of movie-going through patterns of audience types (age, gender, race, class), venue locations, social mobility, transportation links, purchasing power, leisure time and competing attractions. The significant output from such investigations has become the database which maps and documents particular territories. We’ve already had Cinema Context for the Netherlands and the London Project for the early film business in London. Now we have Going to the Show for North Carolina, 1896-1930.

This is a fabulous resource. It is going to make many other places wish that they had something much the same. Going to the Show “documents and illuminates the experience of movies and moviegoing in North Carolina from the introduction of projected motion pictures (1896) to the end of the silent film era (circa 1930)”. At its heart are 750 Sanborn Fire Insurance maps of forty-five towns and cities in North Carolina between 1896 and 1922 that locate film venues within general urban life. All of these are mapped to a database (a welcome feature for the specialist is that not only are all the database fields explained but the database relationship diagram is given) to which have been added photographs, postcards, newspaper clippings, architectural drawings, advertisements and more. It totals over 1,300 film venues across two hundred communities.

As said, Going to the Show is based around fire insurance maps, and gives this explanation of their provenance and use:

From 1867 to 1977, the Sanborn® Map Company of Pelham, New York, produced large-scale (usually 50 feet to the inch) color maps of commercial and industrial districts of some 12,000 towns and cities in North America to assist fire insurance companies in setting rates and terms. Each set of maps represented each built structure in those districts, its use, dimensions, height, building material, and other relevant features (fire alarms, water mains and hydrants, for example). The intervals between new map editions for a given town or city in the early decades of the twentieth century varied according to the pace and scale of urban growth — from a few years to more than five years. In all, Sanborn® produced 50,000 editions comprising some 700,000 individual map pages. Because almost all early movie theaters were repurposed from an existing retail space located in the commercial heart of a town or city, they appear on thousands of Sanborn® map pages after 1906. Larger, purpose-built theaters were included in later Sanborn® maps.

Going to the Show takes these precise records of film venues and marries them to Google Maps, with all the familiar tools of zoom-in, zoom-out, scan across and marking of venues with hyperlinks to further information. But it is the range of extra information that makes Going to the Show so powerful. Map searches can be refined by year, venues and period in which the venue was active, while you can select whether to view modern or historical map with an opacity slider, and bring in current street names. Each venue is marked with a Ticket icon, which links you to additional information.

A major aspect of the research has been the racial division of film venues. Keen to demonstrate how race conditioned the experience of movie-going for all North Carolinians – white, African American and American Indian – the resource extends beyond the silent era to document every known African American film venue in North Carolina operational between 1908 and 1963.

What distinguishes Going to the Show is its attention to database searching and presentation. The faceted browse option shows how you can refine searches by item type (Architectural Drawing, City Directory, Commentary, Illustration, Newspaper, Organization, Overlay Map, Periodical, Person, Photograph, Postcard, Typescript, Venue),
location (by City, County or Region), venue name, date (allowing for searching by decade), and keyword or tag (including such useful terms as admission price, boxing films, children, fire, influenza, penny arcade, racial policy, religious objection and separate entrance). The tag ‘notable’ leads you to some of the choice items, such as this 1897 press notice saying that owing to the popularity of the Edison Projectoscope at the Wilmington Opera House that the dress circle will be reserved for “colored citizens”:

And there’s more. Robert C. Allen, James Logan Godfrey Distinguished Professor of American Studies, History, and Communications Studies at the University of North Carolina at Chapel Hill, and the presiding genius behind Going to the Show, has produced an eye-catching timeline for Wilmington, N.C., chronicling and commenting upon twenty-six venues from 1897 to the end of racial segregation in 1954. Business papers from this period are a rarity, and another very welcome feature is the Joyland Theatre Ledger, the manager’s ledger from 28 September 1910, to 14 January 1911, including expenses and ticket receipts. 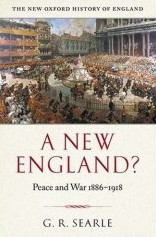 Going to the Show is handsomely and sensibly presented. It merits detailed study. It has been produced as one of a number of University of North Carolina digital resources under the title Documenting the South. It ought to be the springboard for much further research, not simply within film/cinema studies, but as part of that general social history of which film history needs to be a part. This is the point – that so much of film history speaks only to those who know about film. It constricts itself to a narrow field by not speaking the language that is natural to other disciplines. I’ve mentioned at a couple of conferences what for me is the shocking case of G.R. Searle’s A New England? Peace and War 1886-1918 (2005), part of the New Oxford History of England. This 951-page magisterial history builds on new research in the areas of social, cultural, ecnomic and political history, yet among all those 951 pages just one throwaway paragraph is devoted to cinema. The bibliographic essay notes the extensive work done in music hall and sport history, but has nothing on cinema at all. Film historians – and in this case particularly British film historians – simply aren’t writing in a language than anyone else recognises, or cares about. The situation is better in America, as the work of Gomery, Allen, Garth Jowett and others indicates, but much much more remains to be done. Moreover, such moviegoing studies as there are often tend to get subsumed within concerns about spectatorship – handy enough in itself, but still making the audience subservient to the film. For discussion on this issues, read Richard Maltby’s essay for Screening the Past, ‘How Can Cinema History Matter More?‘, the title of which rather sums it up. To read about some of the other projects worldwide which are investigating cinema-going, see the HOMER website (History of Moviegoing, Exhibition, and Reception).

To understand the phenomenon of film, of course we need to appreciate it as an art form, but we must ask those basic questions how, where and when motion pictures were consumed, and to see their world as integral to a wider social world. Datasets and databases don’t answer everything by themselves, but they provide the foundations for thinking about the right answers. Going to the Show points the way.

Robert C. Allen would welcome any feedback from Bioscope readers. You can email him at rallen [at] email.unc.edu.