Though it seems only yesterday that we first put fingertips to keyboard, the Bioscope is three years old today. In that time it has:

Thank you to everyone who reads the Bioscope. It seems to be of use to some. We’ll keep going.

Update
Bioscopist and Cineteca Bologna researcher Mariann Lewinsky was sufficiently moved by news of the Bioscope’s birthday that she promised a cake. In the end, the cake transmogrified into a plant and a packet of biscuits. Many thanks – here they are: 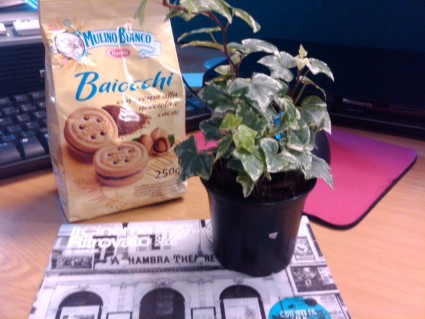