It is sad indeed to have the report the sudden death of Dave Berry. Dave was the great champion of Welsh cinema. His monumental Wales and Cinema: The First Hundred Years (1994) is as fine a national film history as exists, and it brought him much acclaim and awards. It is brimful of intelligent enthusiasm, a clear and disciplined work (for all its great size) which charts a very particular film history from the travelling showmen of the 1890s, through the key films (How Green Was My Valley, The Proud Valley, Only Two Can Play) and actors (Ivor Novello, Stanley Baker, Richard Burton, Anthony Hopkins) to the rise of Welsh television in the 1980s and the great boost it gave to Welsh filmmaking.

Dave was knowledgeable across all points of Welsh film history, but his great enthusiasm was for the early years. The lives of pioneers such as Arthur Cheetham, William Haggar and John Codman thrilled him and indeed it was very much due to his passionate engagement that such lives were rescued from obscurity. He championed the few films of Welsh life that survived from the silent era and dreamed of the rediscovery of such lost titles as A Welsh Singer (1915), Betta the Gypsy (1917) and Gwyneth of the Welsh Hills (1920). So there was no one who rejoiced more when the great masterpiece of silent Welsh cinema, The Life Story of David Lloyd George (1918) was rediscovered in 1994, a film whose history he documented (with Simon Horrocks) in David Lloyd George: The Movie Mystery (1998). The last time I saw Dave was last summer when he introduced a screening of the film at the National Library of Wales in Aberystwyth, at the IAMHIST conference. His passion for the film was such that he could hardly bring himself to stop introducing it, so anxious was he that we appreciate fully its cinematic panache and visionary fervour. 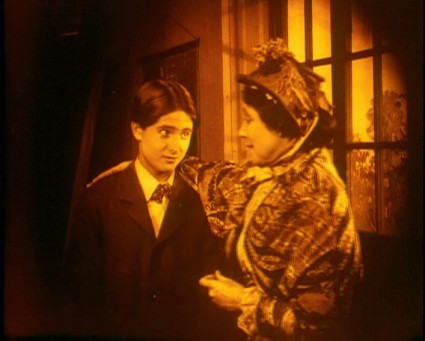 Dave was a writer and critic, for a long time film critic for the South Wales Echo. He served as a consultant and researcher for the National Screen and Sound Archive of Wales and the Wales Film Council (later Sgrîn), organising screenings, festivals and other such events, continually seeking to find out more, always keeping the flame burning for the cause. He wrote and devised the 1986 HTV four-part television series on Welsh film history, The Dream That Kicks (the phrase is from Dylan Thomas’ poem on cinema, ‘Our Eunuch Dreams’). He was given the Anthony Hopkins Award for outstanding contribution to Welsh film culture in 2002.

I’ve been taking long, engrossing phone calls from Dave for years, helping to pin down some lost film, trying to confirm whether some film fragment was a previously unrecognised part of Welsh film heritage, planning the next project and the next. He was a regular at the British Silent Film Festival and Pordenone, revelling in silent cinema from whatever part of the globe, before cornering you at a pavement cafe and telling his latest discovery about William Haggar. He has been such a part of the scenery for those in Britain who care about silent film that his loss will be felt greatly. Happily for posterity he has left us with Wales and Cinema, the kind of film history that will last. But more than that, he was just a nice man. Thank you for everything, Dave.