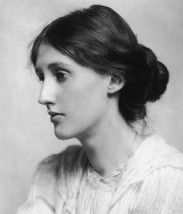 On or about December 1910, human character changed. I am not saying that one went out, as one might into a garden, and there saw that a rose had flowered, or that a hen had laid an egg. The change was not sudden and definite like that. But a change there was, nevertheless; and, since one must be arbitrary, let us date it about the year 1910.

So wrote Virginia Woolf in her 1924 essay ‘Mr Bennett and Mrs Brown’. What a load of old elitist rhubarb, you may think, but it’s a gem of a phrase for starting up a debate, putting together a book, or organising a conference. And it’s the latter route that the Scottish Network of Modernist Studies and the British Association of Modernist Studies have taken in organising ‘The 1910 Centenary Symposium’, to be held at the University of Glasgow, December 2010, which takes Woolf’s statement as its theme. Interestingly their concerns include film, as the pre-call for papers indicates:

We are inviting scholars from any discipline to respond to any aspect of this statement by suggesting panels and papers. A formal call for papers will follow later this year. Current panel proposals under consideration include: 1910 films; Scotland 1910; Women in 1910; and 2010: Human Character in the Age of Climate Change. Other areas that have been suggested as possible include: periodization; The Post-impressionist exhibition; 1910 from 1924; the grammar of modernism; 1910 and social/political activism.

Plenary speakers will include Jean-Michel Rabaté (University of Pennsylvia) and David Peters Corbett (University of York). The conference aims to bring together scholars from a wide variety of disciplines, from the UK and beyond. Although the majority of participants are likely to be modernist scholars, we do not want to limit participation to those who regard themselves as modernist scholars, and are keen to include the kind of oppositional and interrogative stances that the tone of the quotation implicitly encourages.

Proposals for panels and papers and expressions of interest should be sent to conference organisers Bryony Randall and Matthew Creasy via email at snms[a]arts.gla.ac.uk

So, what was pivotal about film in 1910 (or December 1910 for that matter)? Assuming such a thing as a change in human character at this time (and I guess we’re talking about people in the Western World – those most able to go to cinemas, for example), how might film have reflected it, or have been changed by it? It’s not generally cited as a pivotal year in early cinema form, except that every year around that time reflects some form of a step forward given the rapid evolution of the medium. But it was the year in which – in the UK at least – cinema became all-conquering, in its way a powerful agent for social change because of the command it had on people’s free time, and the free rein it gave to the imagination of all who attended it. The rise of modernity, which is what Woolf is referring to (and a little playfully, to be fair), is profoundly relevant to film, bound up as it was with the city, mechanisation, speed, and the triumph of electricty. You may find it in film style, or you may find it in the cinema as social institution. There should be a good paper or two in there, somewhere.

Update (13 May 2010): The dates of the conference are 10-12 December 2010, and there is now a conference web page: www.gla.ac.uk/departments/snms/1910centenaryconference. The call for papers has now closed.